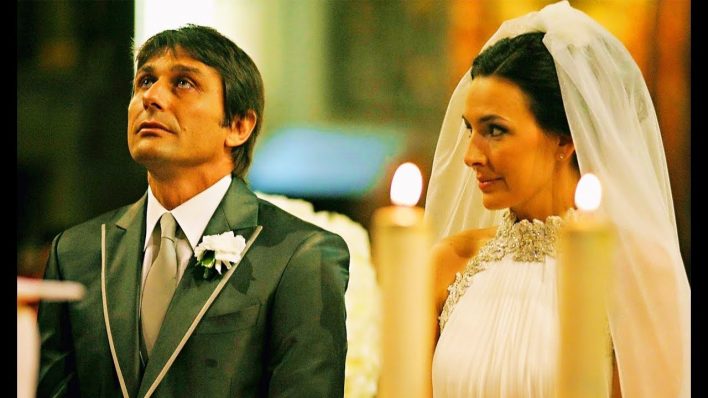 Elisabetta Muscarello is the spouse of Italian football manager Antonio Conte and the mother of their beautiful daughter Vittoria.

An individual’s prosperity they say is fueled most of the time by a stable family that urges him to achieve his goals. This statement alludes to Antonio Conte, who has become a legendary masterpiece in his career path due to the support he has from his life partner, Elisabetta, and their daughter.

Elisabeth Muscarello is an Italian from Turin

Elisabetta Muscarello was born on December 3rd, 1975 in Turin, Itay to Mrs. and Mr. Gianni Muscarello. According to her date of birth, her zodiac sign is Sagittarius which indicates she is a jovial and a very cheerful person. She grew up in Turin, her birthplace where she completed her high school education. However, it is unknown whether or not she enrolled in university after her high school education.

While most celebrity spouses hog the limelight using their status in society, Elisabeth has opted for a private life away from the spotlight and many such details about her early life, the identity of her siblings, and alma mater are still unknown to the public. 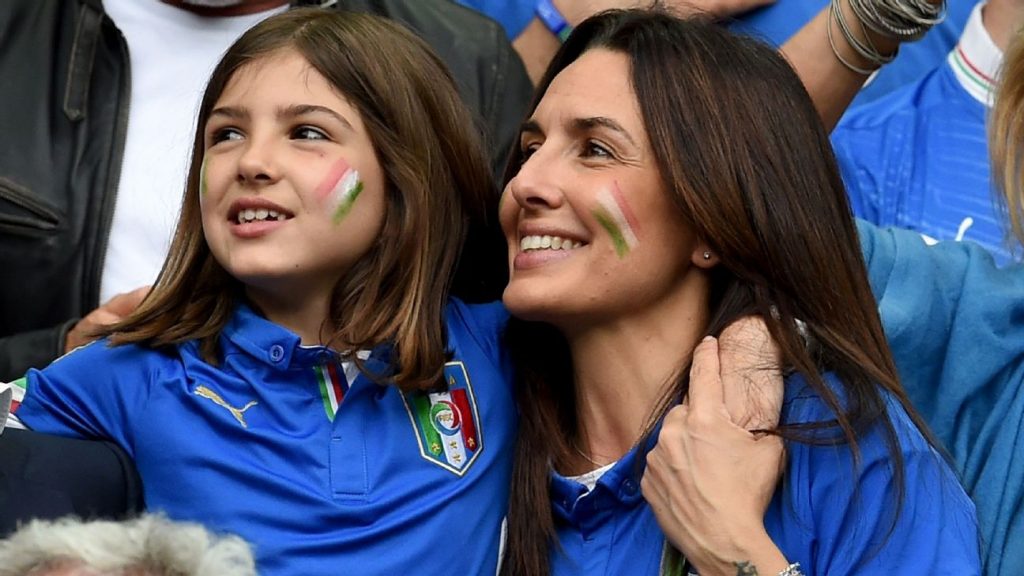 Elisabeth Muscarello Officiated their Relationship with Wedding Rings on June 10, 2013

Elisabetta Muscarello and Antonio Conte were neighbors long before they started dating. According to Elisabeth, Antonio has always been considered a classic friend, the duo stayed in touch way before Antonio’s professional career as a footballer took off. However, years later, they met for a simple chat, and the meeting set off a love story that changed both their lives for the better. After the meeting, the duo started dating in 1998 and they decided to live together when Antonio was already playing for Juventus.

The couple stayed strong through decades, they welcomed each other’s faults and uplifted each other while overcoming all hurdles. As Antonio climbed higher in his professional career, the spark between the couple blew hotter.

After 15 years of dating and blessing, they eventually tied the wedding knot on June 10,  2013, in Turin at the church of Guardian Angels where they vowed to be each other’s keeper. The wedding was a lavish affair graced by friends and family of the beautiful couple. That day in 2013, was the best moment, in the life of the couple as the football manager never seemed to have gotten over the joy of that day. On his Facebook page in 2016, he reminded his wife and fans of their wedding anniversary which will forever be a memorable day for the couple. As of June 10, 2022, the couple will mark their 24 years of a marital relationship and we wish them more blessings ahead.

The Contes Have One Daughter

Before the couple officiated their marriage on June 10, 2013, they had earlier welcomed a beautiful daughter named Vittoria on November 9th, 2007 during their dating years. The announcement of the birth of Victoria was met with a celebration from fans and family alike.

As of now, Vittoria has no younger siblings and she is the only child of her parents. She is growing up beautifully and is becoming an incredible support system for her father. Her father, Antonio Conte revealed in an interview that Vittoria is starting to understand the intricacy of his career, he said; “My daughter is the other woman in my life. She’s starting to understand that her dad gets nervous when he doesn’t win.”

Elisabetta Muscarello is the Secret Behind Antonio Conte’s Successful Career

On and off the field, the only person consistently urging Antiono Conte on is none other than his wife and life partner, Elisabetta Muscarello. Elisabetta is inarguably her husband’s greatest ally, she has been extremely supportive of his career as a footballer and manager. She is often seen cheering her husband on during games but during his games with Chelsea, she was rarely seen as she was looking after their young daughter.

Nevertheless, in the 2016/2017 season in which Chelsea took home a title, Elisabeth made quite an appearance, she was sighted crying as football fans chanted their love for her husband.

The admiration and affection go both ways for the beautiful couple as Antonio did not make his affection and love for his wife a secret, especially during the 2016 European Championship in France. Antonio acknowledged his wife’s support in an interview, he said  “I have a great woman by my side, one who always tries to understand me.”

After her husband’s transfer to the Tottenham Hotspur as the club’s manager, Elisabeth was quite worried and she warned her husband that his new players were not listening to him. According to Elisabeth, the other players used to listen to him, unlike Tottenham players. Her husband, however, assured her that things will be okay as he settled down with the club.

Her Husband Faced a Match-fixing Scandal in 2011

Elisabetta has been an incredible support to her husband during good and hard times. In 2011, when  Antonio Conte was accused of an attempted match-fixing scandal during the Scommessopoli betting scandal Elisabeth was by his side fighting for him. He was investigated during his period as a manager of Siena on the complaint raised by former Siena player- Filippo Carobbio. Though the accusations were uncorroborated he was suspended from football for 10 months on August 10, 2012, which was later reduced to four months on appeal.

During an interview about the investigations, Antonio expressed his gratitude and thanked his wife and daughter for their support and understanding.

What is Elisabetta Muscarello’s net worth?

As stated earlier, Elisabeth is a private person who is not likely to reveal her net worth to the public. However, she shares her husband’s net worth of $45 million which he primarily earned from his career as a former football player and subsequently as a football manager.