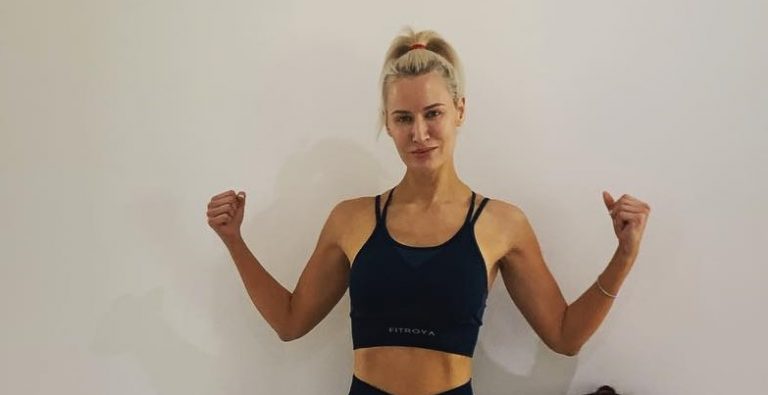 Olga Diyachenko is a Russian model and entrepreneur popularly known as the partner of John Mikel Obi, a Nigerian footballer who is most famous for playing as a midfielder for the English football club, Chelsea.

Olga’s husband left Chelsea in 2016 after bagging the UEFA champions league in 2012, two premier league titles, and three FA Cup trophies. He would go on to play in China for the Tianjin TEDA and then Stoke City FC. While Mikel makes a living on the field of play, Olga serves as the director and co-founder of Allegra De Lago, an apparel and fashion company. Find out more about this Russian businesswoman and her family here.

Olga Diyachenko Lost Her Father in 2017

Olga Diyachenko was birthed into a wealthy Russian family. She was born on 9th November, her birth year is currently unavailable, so is most information about her early life. However, what we do know is that her father, Mr. Konstantin Diyachenko, is a wealthy billionaire who is of Ukrainian descent. Sadly, he passed away in 2017 after a brief illness.

Olga revealed the sad news on her social media page, she wrote, “We said our last goodbye to you today daddy. You were not just extraordinary as so many said today. You were a legendary man, father, friend, companion, husband, and grandpa. Your strong hand is holding my hand for life. I love you. My rock, my life my Dad.”

Her mother Mrs. Irina Diyachenko on the other hand is from Irkutsk Oblast, Russia, and is of Russian and Belarusian ancestry. After her father’s death, the Russian model spent more time with her mother. Olga is not the only child of her parents as she grew up alongside her two siblings, a sister and a brother named Oleg.

Olga and Mikel’s love story began when she went to drop off her parent’s flat keys in Mikel’s flat. They were neighbors for 5 years but interestingly, that was the first time they met. They started as friends and then they grew closer with time and eventually a year later they became lovers in 2012.

The Russian model took to her Instagram page to describe the Chelsea legend as a persistent lover. She wrote; “Five years ago today you walked into my parent’s house and my life. A year later on that exact day, we went on our first date, you are persistent @mikel_john_obi. I am so lucky to share my life with you and our precious little peanuts. Love you #March29 #pooh1 #pooh2 #pooh3 #pooh4″

Their relationship has progressed since then, and the duo welcomed a set of female twins named Mia and Ava. The twins were birthed on September 14, 2015, and according to Mikel Obi, “their kids don’t have any Igbo or Russian names because they are citizens of the world”.  Mikel further stated that “they would decide which tradition to follow, either Russian, British where they were born or Nigerian.”

The young couple has grown stronger since the birth of their daughters, more often than not, they take to their Instagram page to celebrate each other. Two notable instances are the celebration of their birthdays, on the Russian model’s birthday, Mikel took to his Instagram page to celebrate her, he wrote; “Happy birthday my love. I love you so much that words can’t describe it. I and peanuts love you to the moon and back happy birthday, my love,”

Likewise, on the Chelsea legend’s birthday, the Russian model celebrated him with an adorable video of the twins, captioned  “Happy Birthday @mikel_john_obi”. Though there are no information or wedding pictures to confirm Olga Diyachenko’s marriage to John Mikel obi, it is reported that the couple got married secretly in Russia.

Their fans as well as their children are interested in the couple getting married officially soon. The Russian model shared a lovely video of the twins planning her wedding with the Chelsea legend. In the video the twins explained that the wedding will be in form of a concert where popcorn and cookies will be shared, they also added that they will buy roses for their mum.

Olga and Mikel were Rumored to Have Broken Up in 2019

Rumors had it that Olga did not like Turkey and she threatened to leave the footballer if he remained with the club. Several fans of the footballer trolled Olga and claimed that she was not supportive of her partner’s career. The reactions accompanying this rumor did not sit well with Olga as she denied the breakup rumor and also gave a befitting reply to those who wanted her family separated.

Read Also: The Truth About Thomas Tuchel’s Wife Sissi Tuchel and Their Divorce

Regarding her educational background, Olga Diyachenko studied at Regent’s business school and graduated with honors in international business in 2004. She furthered her education and got a master’s degree in Entrepreneur management from Regent’s University London in 2005.

According to her LinkedIn profile, she is currently working as a director and co-founder of Allegra De Lago, a company to which she has dedicated her service since January 2013 till date. Allegra De Lago is an apparel and fashion company based out of 18 South St, London, England, United Kingdom. Besides her position as co-founder at Allegra De Lago, she also supervises the business her father left behind along with her siblings.

What is Olga Diyachenko’s Net Worth?

As stated earlier, Olga Diyachenko came from a wealthy family and she is also the director and co-founder of a fashion company called Allegra De Lago. Though she is yet to reveal her net worth, it is reported that she is worth about $500,000.