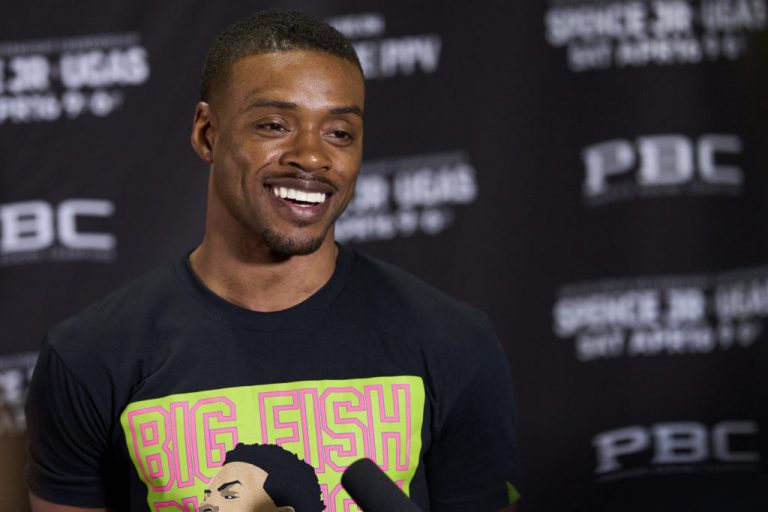 Errol Spence Jr is an American professional boxer of Jamaican descent. The unified welterweight world champion has the IBF, WBC, and WBA (Super) titles to him and has amassed a net worth estimated to be in the region of $7 million thanks to the undefeated career he enjoys.

Before turning pro, the New York native won three US National Championships and participated in the London 2012 Olympics where he managed to only reach the quarterfinals stage. He would go on to turn pro in November 2012 and has recorded 28 wins from 28 fights, 22 of which were knockouts. This gives him an amazing knockout-to-win ratio of 78%.

Errol Spence Jr is the son of Debra and Errol Spence Sr. He was born on March 3, 1990, in Long Island, New York but has lived the most of his life in Dallas, Texas. Spence’s dad worked as a FedEx contractor to provide for his family. When he was not working, he was teaching his son about boxing.

According to the boxer, his father did not speak to him about boxing until the day he drove him to the gym. He picked him up from school and drove him straight to the gym to try out with a coach. The young man would go on to impress the coach and start boxing the very next day.

Errol Spence’s dad was a big admirer of Muhammad Ali and so he made his son study the legendary athlete. While he did not coach his son at any stage of the game, he played an active behind the scene role, taking the responsibility of choosing who coaches him.

He won Numerous Honors in His Amateur Career

Spence won the U.S. National Championship again in 2011 but only managed a quarter-final place at the World Championships that year. He would go on to compete in the 2012 Olympics where he lost in the quarterfinal stage. At the time, the boxer had an amateur career record of 135-12 and so he decided to immediately turn professional.

Read Also: What is Terence Crawford’s Net Worth? Wife, Weight, and Other Facts

Errol Spence Jr.’s Net Worth of $7 Million is Primarily from His Pro Boxing Career

Errol Spence Jr was 22 years old when he made his professional debut in November 2012. He fought twice in 2012 before proceeding to fight eight times in 2013. Spence was victorious in all 8 fights, winning 8 of them by way of knockout. He continued to make a name for himself as he rose up the ranks.

Errol Spence Jr defended his title against Lamont Peterson and Carlos Ocampo and earned $1.2 million from both fights. From his fight against Shawn Porter in 2019, he won the WBC welterweight title and was paid $2 million. he has since earned similar amounts following victories against Danny Garcia and Yordenis Ugas which has allowed him to be worth around $7 million.

He Has Some Sponsorship Deals

Errol Spence Jr has had a few sponsorship deals that have contributed to his wealth. He had contracts with BODYARMOR and Avianne Jewelers and currently works with Everlast.

What is Errol Spence’s Natural Weight?

Errol Spence fights in the welterweight class which is 147 pounds (67 kg). Outside the ring and camp, however, he maintains a weight of 170 pounds.