Who is Glenda Bautista? Facts About Dave Bautista’s Ex-wife 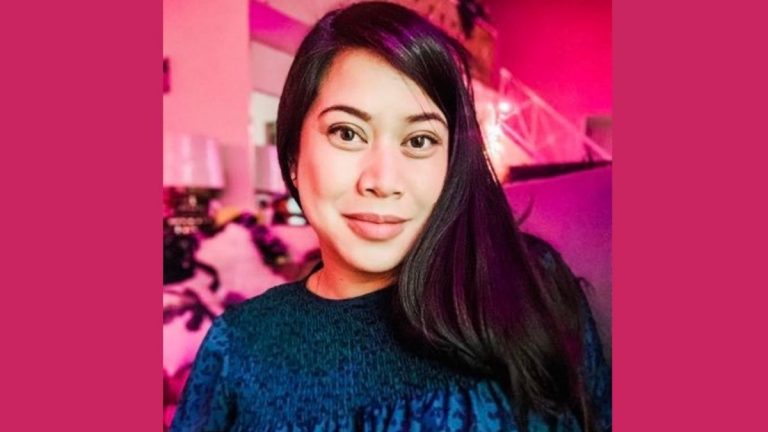 Glenda Bautista is an American woman who achieved fame for being the first wife of Dave Bautista, an American actor, former professional wrestler, mixed martial artist, and bodybuilder.

Launching his career as an impressive wrestler, Glenda’s ex-husband became an international sensation under the ring name Batista in the WWE. He is a 4-time World Heavyweight champion, 3-time World Tag Team Champion, and 2-time WWE Champion plus OVW Heavyweight Champion. Additionally, he is renowned for his incredible portrayal of Drax the Destroyer in the Marvel Cinematic Universe.

Outside of her connection to the wrestler, Glenda is a Product Leader and Solutions architect. She is currently working at Hearst Publishing Company and has in the [past worked for iHeartMedia, Adprime Media, CoPromote, AOL, WCDB radio station, The Source magazine, etc.

Glenda Bautista is an Asian American born on February 5th, 1970 in the city of New York, United States of America. She is of Filipino descent as both her parents are from the Philippines. She grew up and was raised by her parents in New York City, sadly, she is yet to reveal her parent’s identities to the public.

Glenda is not just a pretty face; she also got the brains to pull her weight. She excelled tremendously in her studies and was determined to be a success. After her high school education, she enrolled and studied at the State University of New York at Albany, where she earned her Bachelor‘s degree in English as well as a double minor in Journalism and Fine Arts. At the University of Albany, she was a member of the division of the student affairs advisory board. Furthermore, while at the University she was awarded the President’s Undergraduate Leadership Award three times and the Spellman Award for Academic Achievement twice.

Additionally, she is also an alumnus of the University of Fordham Gabelli School of Business where she graduated with a master’s degree in information systems.

Glenda Bautista is Widely Known For Her Marriage to Dave Bautista

Glenda skyrocketed to fame following her marriage to Dave Bautista. The pair dated for a year before tying the marriage knot on March 25, 1990. The union of both youngsters was blessed with two beautiful daughters, Keilani Bautista who was born on June 21, 1990, and Athena Bautista who took birth on October 9, 1992.

While the couple raised their kids, Dave supported the family through his work as a lifeguard and bouncer. Nine years later, Dave entered the wrestling scene but sadly the relationship reached a certain mark, and it began to waiver terribly. The relationship ended in divorce on April,1st 1998 and Dave went on to marry his second wife, Angie Bautista on October 13, 1998.

She Has Since Become a Grandmother

As stated earlier, Glenda is a mother of two beautiful daughters, both of her children are all grown up and pursuing their dream. Her eldest daughter Keilani Bautista is a mom to two children; Aiden and Jacob. She is currently living a beautiful life in Kissimmee, FL, with her children.

On the other hand, Glenda’s younger daughter, Athena Bautista, is yet to birth a child. In 2010, she was featured in a sex video, which caused much controversy.

Glenda Bautista Has Since Remarried

Following her divorce from the former wrestler, Glenda found love again just when she was not searching for it. Chris Baker, a senior director in advertising at Heart Publishing Company, stepped into her life in a beautiful and life-altering coincidence which resulted in a marital relationship between the two in 2014. The wedding was a very private ceremony attended by close friends and family. Currently, the couple is living a very private life in California, USA.

Her Ex-Husband Dave Bautista Has Been Married and Divorced Twice

Dave Bautista has had his fair share of mishaps when it comes to finding the right life partner. After his divorce from Glenda Bautista on April 1st, 1998, he went on to marry Angie Bautista on October 13, 1998. The union of Angie and Dave gave birth to a son named Oliver Bautista but unfortunately, the couple divorced in 2006.

Yet again, he decided to embark on a marital relationship with Sarah Jade, whom he wedded in 2015. Sarah Jade is a competitive pole dancer who runs pole dance workshops at her pole dancing and fitness center in Tampa, Florida. The pair stuck together for four years and eventually divorced in 2019. You might want to watch out for the fourth wife of Dave Bautista but currently, he is unmarried.

Glenda is a career woman with many accomplishments to her name. She began her career as an editorial assistant for The Source until 1998 when she worked as a general manager at WCDB. Afterward, she served as President of Sigma Psi Zeta’s national board of directors. Later on, she worked for DoubleClick as a Sales Engineer and went on to work as a product designer and developer.

As an ad expert, Glenda has worked as a technologist developing numerous advertising products, goods, and services during her career as an advertising specialist. Well, before getting into the ad business, Glenda worked as a General manager at WCDB radio station, from 1997 to 1998. Similarly, from 1996 to 1997, she worked for a magazine called The Source, where she was an Editorial Assistant.

Furthermore, she worked as a resident product champion At MDC Partners’ Varick Media Management. She worked as the all-purpose troubleshooter, leading and managing the audience intelligence platform’s functionality design and development, as well as all of its integrated, data-driven projects.

She is an expert in architecting ad servers, networks, solutions architecture, and services for media, search, and internet organizations such as The McClatchy Company, Healthline Networks, and Technorati led to this decision.

What is Glenda Baurista’s Net Worth?

According to reports, her net worth is estimated to be around $200k -$300k. Though her salary as a senior director is quite vague, it is assumed that she earns a significant amount from iHeartMedia. Her ex-husband, on the other hand, has a huge net worth of about $16 million.