Interesting Facts About Dyson Daniels, His Family, and Basketball Career 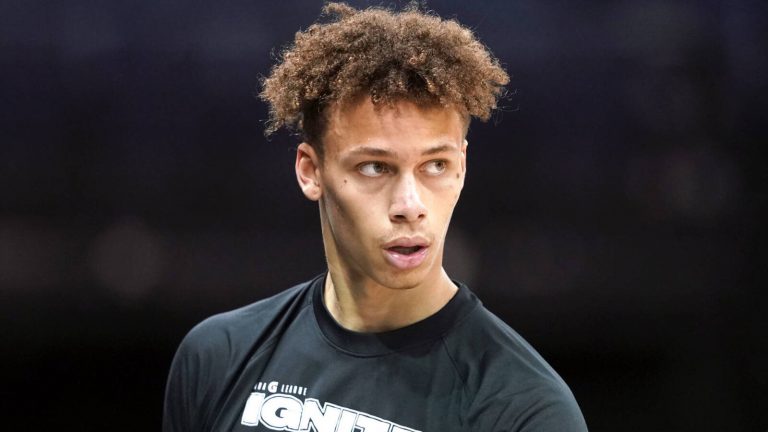 Dyson Daniels is an Australian professional basketball player who plays for the NBA G League Ignite of the NBA G League as a shooting guard. He grew up to be a smooth athlete and a remarkable guard priding himself on playmaking, shooting, and his natural aptitude to play on and off the field.

Following his father’s career path, he also played for the Bendigo Braves in the South East Australian Basketball League. Shortly after joining the NBA global academy, he established himself and represented Victoria Country at the Under-16 Australian Junior Championships in Stirling, Perth. Let’s find out more about Dyson Daniels Journey.

Brikitta Kool-Daniels and Ricky Daniels welcomed a talented young basketball player named Dyson Daniels on March 17, 2003, in Bendigo, Victoria. Dyson was born and raised alongside his two brothers in a household of sportsmen.

His mother an Australian with a Dutch background was a volleyball and tennis player during her heyday. On the other hand, his father, Ricky Daniels was a former American basketball player for the NC State Wolfpack in the mid-90s and a two-time South East Australian Basketball League (SEABL) MVP with the Bendigo Braves in 1999 and 2000.

Ricky played 178 games for the Braves, won a conference championship, and had his number 23 shirt retired in 2011. Furthermore, Dyson’s oldest brother, Kai Daniels is also playing for Regis University in Denver, Colorado while his youngest brother, Dash Daniels, is also preparing to follow his career path.

Dyson Daniels grew up looking up to his parents who were an incredible source of inspiration and support in his life. Following his father’s career path, he started playing basketball with his brothers at the age of seven. He would go on to play for his high school basketball team, representing them in numerous competitions.

In 2019, Dyson Daniels joined the Bendigo Braves, his father’s former team. He spent one year with the Bendigo men’s team in the NBL-1 League before he joined the NBA Global Academy, a training center at the Australian Institute of Sport in Canberra.

On 20 February 2021, he played for the Australian Senior national team for the first time at the FIBA Asia Cup Qualification and this jeered the young player on. Less than 5 months later, Dyson climbed up his career ladder as he signed with the NBA G League Ignite, a developmental team affiliated with the NBA G League.

Dyson Daniels proved that he is not obscure to fame as he declared for the 2022 NBA draft on 16th April 2022.

Dyson Daniels Has Not Attended College

After graduating high school, Dyson Daniels received and turned down tasty offers from several college programs, including the National Basketball League Next Stars program. Moreover, when asked about the possibility of his schooling in the United States of America, he answered; “I’m still young, so I’m keeping all options open at the moment, so I’m not looking to close any doors and I’m looking to make the right decision with my family. When that time comes, I’ll make that decision, but I’m not closing any doors on anything yet, so everything is still open”.

Well, the blooming basketball player has a strong support system which consists of his parents, coaches, and others who will push him to greater heights and help him make the right decision.

What is Dyson Daniel’s Net Worth?

Dyson Daniels is still young and at the doorstep of his career, with a promising and enticing future. He reportedly earns $37,000 a year as a G League player and has a net worth of about $1 million. Moreover, he earns from his promotion of the Champion Australia and NZ clothing brands through his social account on Instagram.

Dyson is a promising young basketball player and his entry into the 2022 NBA draft is certainly something to look forward to.

How Old is Sam Presti? Wife, Salary, Height of the OKC GM