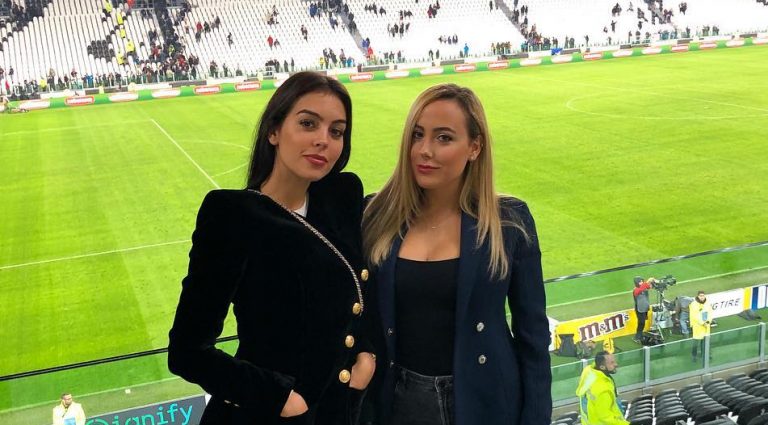 Ivana Rodriguez is a Spanish social media influencer and brand model. She became more prominent from the Netflix documentary “I am Georgina” where it was revealed that she is the elder sister of Georgina Rodriguez, a supermodel and long-time partner of Portuguese professional footballer, Cristiano Ronaldo.

From rags to riches, Ivana has appeared with her sister Georgina at several football matches of Cristiano Ronaldo. The sisters have been through hurdles and struggles since their childhood days but thankfully the hard times seem to be behind them as they have become prominent and successful in their careers and family life.

Ivana Rodriguez was birthed from the union of nationals from two different countries; Spain and Argentina. Spaniard Ana Maria and Argentinian Jorge Rodriguez welcomed Ivana to the World on May 21st, 1990 in Jaca, northeastern Spain. Ivana grew up and was raised in a household of four, alongside her younger sister, Georgina Rodriguez. However, she is not the eldest child of her father,  as she has an elder half-sister known as Patricia Rodriguez.

Ivana Rodriguez was not born with a silver spoon, she had to overcome challenges and hurdles at an early age. Though her father Jorge Rodriguez was a retired professional footballer and a former football coach of the Jacetano football club located in Argon, Spain, he was later convicted for attempting to smuggle cocaine from Spain to France in 2003. Being the daughter of a convicted drug trafficker is certainly not a charming title for Ivana. Nonetheless, she stood strong with her sister and her mother.

Sadly, Ivana lost her mother Ana Maria Hernandez to a car accident in 2011. The loss brought the sisters closer and they stuck together like never before. 8 years later, her father, who had been released from prison died in 2018 from complications that arose from a stroke.

She Shares a Close Bond with Her Sister Georgina Rodriguez

Ivana and her sister Georgina Rodriguez share a close relationship. After the death of their parents, Ivana performed multiple roles in her younger sister’s life. She was Georgina’s mother, father, sister, and friend. After completing their high school education, the sisters moved to England to study English and they attended ballet lessons together. Upon returning from England, Ivana and her younger sister began working as a shop assistants in а Gucci store

After Ivana’s sister busted into the limelight shone from her romantic relationship with Portuguese footballer CR7, she did not leave Ivana behind. Through Georgina’s Netflix premiere documentary called “I am Georgina,” Ivana Georgina rose to the limelight. The Netflix series gives the audience a peek into the life of Georgina, before and after she met her famous football star partner.

From the series, the audience witnessed the love and admiration the sisters share for each other. Moreover,  Ivana has made it no secret that she greatly admires her younger sister. After the premiere of the Netflix series, she took to her Instagram page to congratulate her younger sister on the success of the show..

Ivana Rodriguez is in a Romantic Relationship with Carlos Garcia

Ivana is currently in a romantic relationship with Spanish contemporary multidisciplinary artist Carlos Garcia who sculpted the Cristiano Ronaldo statue at Madeira Airport. The couple met through Cristiano who is close buddies with Carlos. The legendary football player introduced them in 2018 and the duo started dating the same year.

The relationship became official in the summer of 2019 when the couple made a trip to Paris as a surprise to Ivana who is quite passionate about the culture of the country. Though Ivana wears her engagement ring there is no report as to the couple’s marriage.

The Couple Have a Baby Daughter Together

Three years after the inception of their relationship, the couple welcomed their first child together, a baby girl named Deva on November 26, 2021. The new mother happily took to her social media page to introduce her newborn daughter to the world, she wrote:

“We’re very pleased and in love with our child ❤️. There are not any phrases to explain this love. Deva has made me a mother. I solely hope to provide her all the things she must be pleased with, handle her, and will God give us good well-being. 🙏”

She further thanked her partner for giving her the “biggest factor… within the universe.”  Her partner Carlos replied to the post by saying “Thank you love of my life for giving me the greatest thing I have in the universe: our daughter. Love you.”

Currently, the couple is living a happy life with their beautiful daughter in Asturias, the artist’s homeland.

Ivana is a Social Media Influencer and Model

Ivana Rodriguez is an aesthetics and beauty enthusiast. She has wielded her position as the elder sister of Cristiano Ronaldo’s girlfriend to achieve her dreams. She kicked off her modeling career by posting beautiful fashion and lifestyle photographs on her social media pages. Moreover, she is an influencer for different brands.

Before she became prominent, she worked as a shop assistant at a Gucci store with her sister, Georgina.

What is Ivana Rodriguez’s Net Worth?

There is surely more to Ivana than being the elder sister of Georgina Rodriguez. Ivana is a beautiful and talented woman who has managed to accumulate an estimated net worth of approximately $2 million from her career as a model and social media influencer.