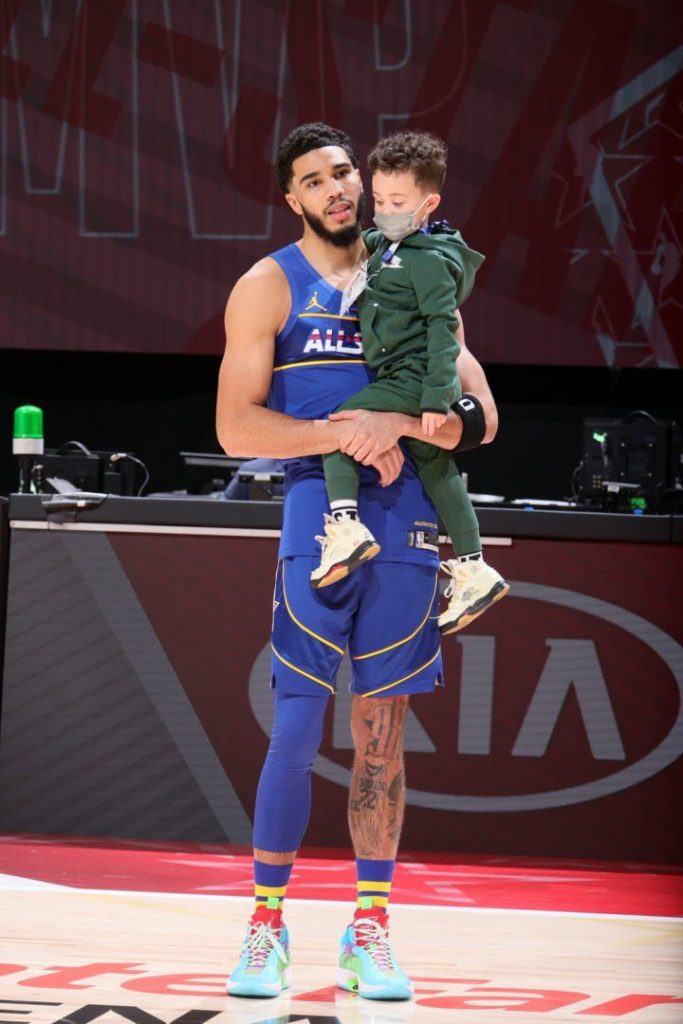 Although his parents aren’t together anymore, Deuce is often seen with his father on and off the field. The father-son duo have been tagged “the cutest duo in the NBA” and NBA fans cannot seem to get enough of them. The youngster has become the biggest celebrity not only with the Celtics but with NBA enthusiasts as well.

Deuce Tatum’s parents; Jayson and Torah, first met when they were students in high school at Chaminade College Preparatory School. According to reports, they started as friends and with time the relationship progressed into something more. In August 2014, the relationship was made official after Torah’s step-father started sharing photos of the couple on his social media page.

After years of dating, the couple welcomed a baby boy named Jayson Christopher Tatum Jr., aka Deuce, on December 7th, 2017. Jayson Sr. was playing his first season with the Boston Celtics at the time.

Unfortunately, despite their initial bonding, the relationship between Deuce’s parents did not last long after he was born. After a romantic relationship spanning about 3 years, the couple parted ways. The reason for their separation was an alleged cheating scandal involving the basketball player and two other ladies named Ashley Henderson and Rece Mitchell. Toriah Lachell was hurt by the incident and she opted to leave Jayson. 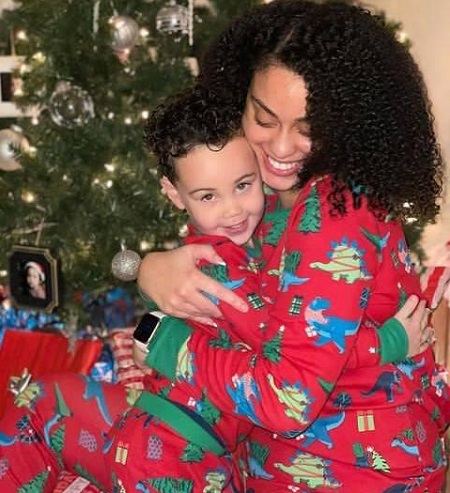 Toriah Lachell became prominent following her romantic relationship with her now ex-boyfriend, Jayson Tatum. Toriah was born to Julie Gibbs on February 21st, 2000 in St.Louis, Missouri. She was raised by her single mother in her hometown of St.Louis where she attended Chaminade College Preparatory School in Creve Coeur, Missouri. After graduating from high school, she studied Arts and Fashion Designing at an Art School.

Later on, her mother went on to marry John Gibbs, who became Toriah’s stepfather. Tori shares a close bond with her step-father who attended Northwest High School. She also has a half-brother named Morgan Gibbs from her mother’s relationship with her step-brother.

Tori attended the beauty school in Boston and is currently a professional hairstylist, specifically a Curl Specialist. She is the owner of the Curl Bar Boston, a hair salon that encourages “you to care for and embrace your hair. Currently, she is living a private and peaceful life.

Deuce’s Father Plays for the Boston Celtics in the NBA

Jason Christopher Tatum Sr. is a professional basketball player in the United States of America currently playing for the Boston Celtic of the NBA as a forward. He took birth on March 3, 1998, in the city of St Louis, Missouri to his 19-year-old parents, Brandy Cole and Justin Tatum. His mother Brandy graduated from Saint Louis University School of Law and she is now a practicing lawyer. On the other hand, his father Justin Tantum played basketball at Saint Louis University and is a basketball coach at Christian Brothers College High School in St. Louis.

At an early age, Jayson was introduced to basketball by his father and his godfather, NBA player Larry Hughes, who was his father’s college and school teammate. Additionally, Jayson grew up alongside his siblings, Jacob Tatum and Kayden Tatum. As a native of St Louis, he attended Chaminade College Preparatory School, where he began his career as a basketball player and was rated a five-star recruit. He was considered one of the top players in the class of 2016 by recruiting services.

After his high school education, Deuce Tatum’s dad enrolled at Duke University in 2016 and played one year of collegiate basketball before joining the NBA. He was selected with the third overall pick by the Boston Celtics in 2017. In addition to his NBA career, he has represented his national team in many competitions around the world. He participated in the 2014 FIBA Under 17 World Championship as well as the 2015 FIBA Under 19 World Championship.

Share. Facebook Twitter Pinterest LinkedIn Tumblr Email
Previous ArticleWho is Amanda Serrano’s Husband? Family, Career, Salary, and Net Worth of the Boxer
Next Article Is Peng Shuai Still Playing Tennis and Who is Her Husband?