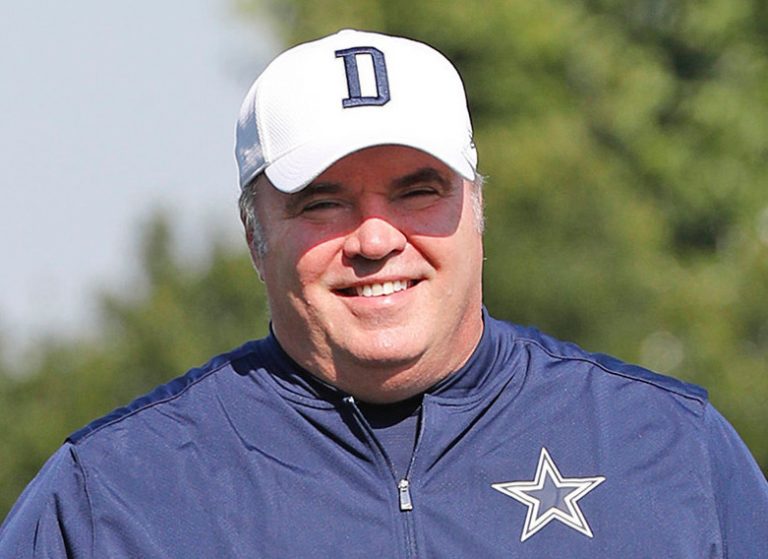 Mike McCarthy is one of the many coaches in American football who were unable to make the cut as a player before they switched to coaching. For him, however, this move might have been the best thing to have happened to him as he has been able to write his name in history with what he has achieved. The Pittsburgh, Pennsylvania native began by learning the ropes in college football before moving up to the NFL where he was a part of the coaching staff of different teams. Before long, he was appointed as the head coach of a team and he went on to win the biggest possible price on offer – the Super Bowl. McCarthy is hoping to have another go at the trophy with his current team – the Dallas Cowboys – who are desperately in need of a win on the big stage.

Being born and raised in Pittsburgh meant that Mike McCarthy was a big Steelers fan growing up. With him being unable to make the cut as a professional football player after college, the next best thing for him was to coach his boyhood team someday. The first step he made towards achieving this was taking a Defensive Graduate Assistant role at Fort Hays State University in Kansas in 1987. While holding the position, he earned a Master of Science Degree in Sports Administration.

Following the completion of his studies, Mike returned to his hometown and applied for a coaching job at the University of Pittsburgh. While there was no available position for him when he applied, he was still able to land an unpaid role, that of a Graduate Assistant. He held this role for three years before he was made Wide Receivers Coach in 1992. The following year, McCarthy transitioned to big leagues.

Under head coach Marty Schottenheimer, the Kansas City Chiefs of the NFL hired Mike McCarthy and Paul Hackett. Mike took the position of Offensive Quality Control, a position he held for two years and through which he was able to work with Hall of Fame quarterback Joe Montana. Mike obviously impressed Montana and the Chief’s hierarchy as in 1995 he was made Quarterbacks Coach. He held the role until 1998 when Schottenheimer resigned from his job.

With Schottenheimer resigning, McCarthy opted to leave Kansas. He went on to find employment with the Green Bay Packers where he worked as a Quarterback Coach with another future Hall of Famer, Brett Favre. The Packers offense and Favre put up decent numbers that season and McCarthy was given credit for it. This achievement allowed him to transition to a higher role in his next gig.

For the first time in his coaching career, Mike McCarthy was hired in the role of an Offensive Coordinator for the New Orleans Saints. His impact on the team was immediate and he was recognized for it by being selected as National Football Conference (NFC) Assistant Coach of the Year by USA Today. In 2002, the Saints were the highest-scoring team in the NFC. The following year, they recorded their eighth highest-scoring season ever.

McCarthy stayed with the team for five seasons and in that time, the Saints offense set 25 individual and 10 team records and ranked among the team’s top 10 years ever for offense.

In search of a new challenge, Mike McCarthy accepted coach Mike Nolan’s offer to become the Offensive Coordinator of the San Francisco 49ers. Things, however, got complicated after the team traded its most experienced quarterback who was replaced by a rookie that was selected at the top of the draft. Injury and other setbacks meant that the team finished 30th in the NFL in points scored and last in yards gained. Mike immediately called time on his role and moved on.

After the 49ers role, Mike looked to transition to a head coach role. This opportunity came when the Green Bay Packers fired its coach who had his first losing season in 2005. Like many others, McCarthy applied and was interviewed for the role. He would later land the job that reunited him with Brett Favre.

Things didn’t get off to a bright start as he managed a 4-8 record in his first 12 games. This was further complicated by the fact that Favre and his backup, Aaron Rodgers, were injured. Regardless, Mike was still able to steer his team to win the remaining four games of the season, finishing with an 8-8 record.

In 2007, he had a winning season and qualified for the postseason where his team was beaten in the NFC Championship Game. The next year, the team suffered a setback and had a losing season. This was after Farve announced his retirement and Rodgers became starting QB. They were, however, able to bounce back in 2009 where their postseason was ended in the NFC Wild Card Game. 2010 proved to be the year for Mike McCarthy and the Packers as they went all the way to the Super Bowl despite finishing as the sixth seed in the NFC.

At Super Bowl XLV, Mike was to play his hometown team, the Pittsburgh Steelers. he was not fazed by the challenge at all and was very confident in his team’s victory. He was so confident that he had the team sized for Super Bowl championship rings before the game. The packers would go on to claim victory, winning the Lombardi Trophy for the first time since 1996.

For the following six years, McCarthy and Packers were a constant fixture in the postseason, winning numerous divisional titles. His quarterback Rodgers would further grow into himself, earning the NFL MVP award in 2011. In 2017, McCarthy failed to clinch a postseason appearance. The following, he had a poor start to the season that prompted everyone involved to seek a fresh start. Mike was subsequently released by the Packers after 13 seasons as the head coach.

After taking a year off, Mike McCarthy returned to the NFL as the Head Coach of the Dallas Cowboys. His first year with the team was a losing one but he was able to turn that all around in 2021 after making some changes to his coaching staff.

Milke McCarthy has accumulated a record of 144 wins, 92 losses, and 2 ties in his coaching career. Below is a breakdown.

Breakdown Of His Salary Through The Years

Mike McCarthy has a net worth of around $9 million. He was able to accumulate this through the salaries he has earned over the years as a coach in the NFL. While details of his earnings are not public knowledge, it is speculated that he earns $4 million a year as the head coach of the Dallas Cowboys. This is a step down from what he reportedly took home at Green Bay, about $5 million a year.