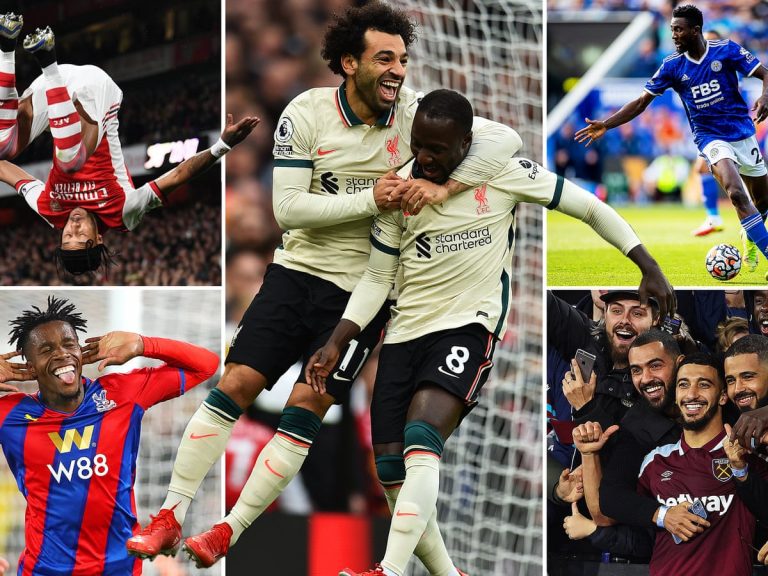 The 33rd edition of the Africa Cup of Nations (AFCON) starts on the 9th of January in Cameroon, having been postponed a year by the coronavirus pandemic and climatic issues. While it is close to absurd for an AFCON to come off without a hitch, it has always heaved extraordinary storylines and feats, and with some of the world’s finest footballers gathering in one space.

Originally due to be played in summer 2021, the competition was first shifted to January and February 2021 due to the “unfavorable climatic conditions” in Cameroon in June and July, before covid-19 required the Confederation of African Football (CAF) to postpone the event until the start of 2022.

The Africa Cup of Nations is always a star-studded tournament, and while that can put a bit of pressure on high-profile clubs that relinquish some of their best players, fans get the opportunity to watch some of the continent’s best in action on the biggest stage.

A gathering of top attacking players will be taking part in AFCON 2022, but there are also
proficient goalkeepers, defenders, and midfield maestros who are universal world-class talents.
In no particular order, we would be taking a look at these players and what they have to offer at
Africa’s biggest soccer stage in Cameroon.

Hakimi has been one of the biggest young talents in Africa for years now, as evidenced by his 41 international caps by age 23. Making a big-money move from Inter Milan to PSG last summer, Hakimi has hit the ground running in Paris, where he has provided three goals and three assists from his right-back position. He has been an accessory in the Morocco lineup over the past two years and played every minute of the team’s run to the knockout stage of AFCON 2019. Teammate Youssef En-Nesyri will be looking forward to receiving Hakimi’s crosses.

The Napoli star made headlines two years ago as an apparent high-value transfer mark, and he stays one of the top defenders in Europe. Top sports pundits and sites rated Koulibaly as the best central defender in Serie A this season, while WhoScored puts him second. Koulibaly is battling with a hamstring injury but was named in Senegal’s squad, indicating that he could be available soon. It’s no coincidence that Napoli lost just one league match until his injury, at which point the club lost three of four during his absence.

Leicester City, already afflicted by injuries, will miss Ndidi in the worst way. Ndidi is one of the most underrated players in the Premier League and will be crucial to Nigeria’s possibilities for a prosperous tournament. Shifted to center back at times, Ndidi is averaging nearly four successful tackles per match and has inherited N’Golo Kante’s mantle as a midfield force with the Foxes. While Kelechi Iheanacho and Ahmed Musa earn the plaudits in front of the goal, it will be Ndidi’s executions that will define how far Nigeria can go.

While Haller looked decent at best during his Premier League spell with West Ham, he is an entirely unusual player this season and a real candidate for the tournament’s top scorer title. Indeed, he can profess to be in the best form of anyone in the competition, scoring an extraordinary 10 goals over his six Champions League group-stage matches this campaign, plus another 12 in 17 Eredivisie matches. If you underestimate Haller you could just miss out on one of the most impressive players in the tournament. He could feast, especially when aided by Wilfried Zaha and Nicolas Pepe in the attack.

Frozen out of the Arsenal squad and whispered to be nudging his way out this month, Aubameyang will be extra hungry to make headlines at the AFCON event and remind the world — and Arsenal manager Mikel Arteta — of his significance. Aubameyang began the league season slowly before his eventual expulsion, and the international stage illustrates a chance for a return to his best. Since November of 2020, through AFCON qualification and World Cup qualification, Gabon is 4W-0L-0D when Aubameyang scores a goal and 0W-5L-1D when he doesn’t, so their tournament hopes depend completely on his feet in front of the goal.

Thomas Partey has quietly transformed into one of the most important players in the Premier League and his temporary exit will be felt at Arsenal. Indeed, the Gunners are rumored to be plunging into the transfer market just to cover the month he could be gone. Second, among the Arsenal squad in triumphant tackles and third in successful dribbles, Partey is a genuine box-to-box talent who can lead Ghana deep into the knockout stage.

Attacking talent tops this list for obvious reasons, but Edouard Mendy has verified himself as one of the best Premier League players since completing his move to Chelsea in 2020, and his mastery should be on full show in this competition. Mendy helped his country to the final of the 2019 competition, and they’ll have an eye on conquering the final hurdle this time around. The 29-year-old is statistically speaking one of the top goalkeepers in the EPL this season, and we certainly know he will deliver in this tournament.

Liverpool is relinquishing a couple of top attackers, and Sadio Mane is ready to steer a star-studded Senegal squad. Mane has looked exhausted from overuse at times for Liverpool this season, and it wouldn’t be surprising to see Senegal rest him at times throughout the group stage, but the tournament could also furnish a chance for the Reds star to get back to his best. Mane has scored seven goals in his last 11 Senegal appearances entering the competition.

The best player on the defending African champions, Mahrez has ascertained himself as one of the most significant players on Man City this season and should bring the terrific attacking form to the tournament. Mahrez scored a critical goal late in a 2019 AFCON semi-final and should have more important contributions to make this season as Algeria hopes to defend its title.

The whiz of the show, Mohamed Salah, is widely considered one of the best players in the world. Known for his finishing, dribbling, and speed, the Egyptian is in stunning goalscoring form, leading the 2021-2022 Premier League season in goals. He will hope that form follows him into AFCON, where he will be looking to add to his tally of 45 international goals across 74 caps.

Other Players To Watch Out For At AFCON 2021

Who Is Charlie Patino and Why Are Barcelona Monitoring Him