Siohvaughn Funches – Career, Net Worth, and Other Interesting Facts About Dwayne Wade’s Ex-wife 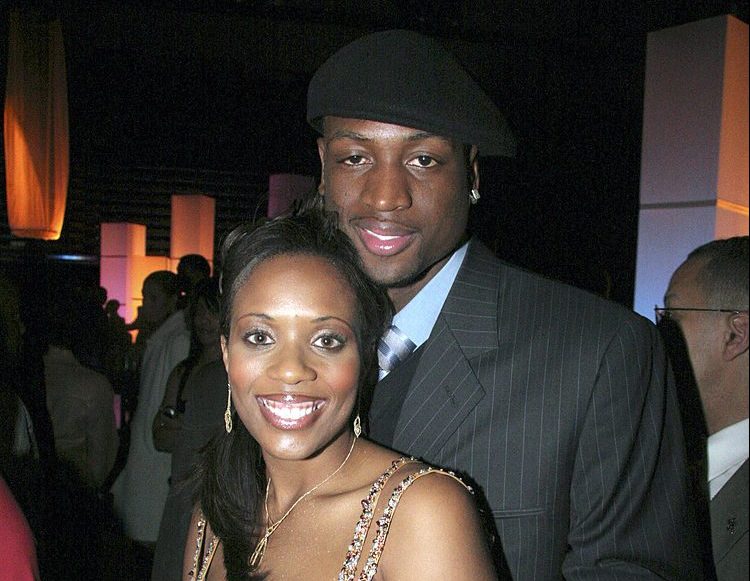 Siohvaughn Funches is an American lawyer, author, and motivational speaker who is best known for being the ex-wife of Dwayne Wade, a former professional basketball player who spent 16 years in the NBA. Wade played most of his career with the Miami Heat. His two stints with the team came before and after his time with the Chicago Bulls and Cleveland Cavaliers.

Funches and Wade were married before the basketball player got drafted to the NBA. Things looked to be going on well in their marriage before it all came to a bitter end. Following a long and acrimonious divorce, the duo parted ways in 2010. Find out what she received in her divorce settlement as well as other details about her life.

Siohvaughn Funches Has Degrees in Psychology and Law

Siohvaughn Funches was born on the 6th of September, 1981 in Chicago, Illinois. Her parents have been identified as Darlene and Frank Funches. Funches was raised alongside her sister Garricae LeAnna Woods who passed away in her teenage years.

For her education, she attended Harold L. Richards High School in Oak Lawn, Illinois. She would later enroll at the University of Phoenix to study psychology, graduating in 2009 with an honorary degree. A year later, she acquired a master’s degree from Capella University in Minneapolis, Minnesota.

Her Law Career and Work as an Author

Upon receiving her law degree, Siohvaughn Funches found work at The Mediation Matters Firm, LLC where she works as a Parental Coordinator, Arbitrator, and Mediator. She particularly specialized in domestic violence cases and would speak publicly about it at events.

Siohvaughn Funches has published two books –  The True Story For God’s Glory in 2016 and You Gotta Let God Finish in 2018. Her first book was about her divorce battle with Wade. Also in 2016, she founded the non-profit organization – A Woman’s Worth Foundation. The foundation aims to come to the aid of women who have suffered domestic violence and other abuses.

Siohvaughn Funches was a fifth-grader when she crossed paths with Dwyane Wade at Harold L. Richards High School. Wade was said to have lived with her family for a while as his mother was a drug addict while his father was abusive. The pair would end up spending much of their time together before growing feelings for each other.

Wade was a class ahead of Siohvaughn so he graduated high school first and relocated to Milwaukee, Wisconsin to attend Marquette University. Siohvaughn later joined him at the school after she graduated. The duo lived in a two-bedroom apartment as Wade was making strides in his college basketball career. In 2002, Wade’s sophomore year, he and Funches welcomed their first child Zaire Wade. Following Zaire’s birth, the couple got married on the 18th of May, 2002.

With her husband getting drafted into the NBA in 2003, everything seemed to go on well in Siohvaughn Funches’ life. She and her husband would later add another child to the mix. Their second son, Zion Malachi Airimis Wade, was born on the 29th of May 2007. Unfortunately, in the same year that Wade and Funches became second-time parents, he and his wife separated.

Wade Filled For Divorce From Funches in 2007

Following their separation in 2007, Dwayne Wade filed for divorce from Siohvaughn Funches. What followed next was an ugly court case that lasted for three years. Funches accused her husband of verbal and physical abuse as well as being a serial cheat. Wade on his own end accused her of being bankrupt and mentally unstable. He sued her for defamation a couple of times.

Funches would end up going through a number of lawyers during the whole process, which kept on elongating the case. At the end of the day, the divorce was finalized in 2010. Wade was granted sole legal and physical custody of Zaire and Zion while Funches got regular visitation. The judge ruled in favor of Wade because Funches had tried to alienate the kids from their father and was unwilling to facilitate or encourage a close and continuing bond between father and children. She unsuccessfully contested the ruling.

How Much Did Dwayne Wade Pay His Ex-Wife?

Siohvaughn Funches received a divorce settlement of $5 million from Dwayne Wade. The NBA player also agreed to pay her $25,000 monthly among other payments. He reportedly also left her their old family house, a luxurious six-bedroom mansion with a swimming pool and basketball court.

What is Siohvaughn Funches’s Net Worth

Dwayne Wade’s ex-wife Siohvaughn Funches is estimated to have a net worth of $5.5 million. While this appears to be a very huge sum, it pales in comparison to that of her ex-husband who is worth around $170 million.

Funches was able to build upon what she received from her divorce settlement. Following her divorce, she received degrees in psychology and law and has further launched a career as an author and public/motivational speaker.