Emmanuel Dennis Biography – Where is He From and What is His Salary? 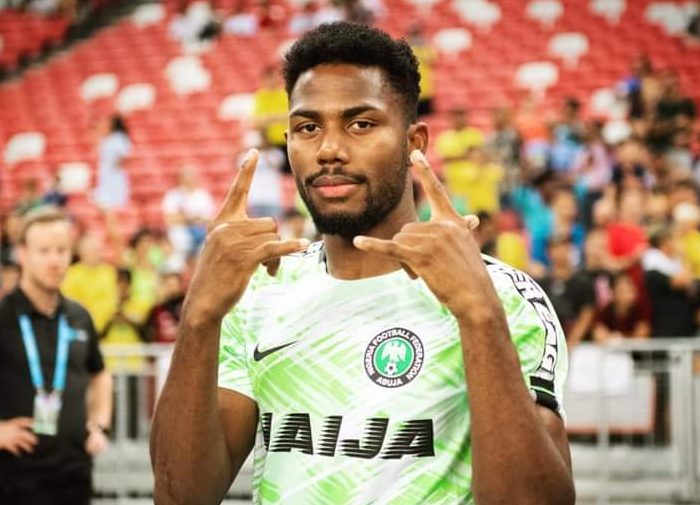 Emmanuel Dennis is a Nigerian professional football player from Yola, Adamawa State. Dennis plays for the Super Eagles as well as the Premier League football club, Watford FC. As a child, Emmanuel had the dream of becoming a priest. He wanted to become a Reverend Father but nature had another plan for him as he turned out to become a renowned international striker. As a successful striker in the English premier league with an annual salary in the region of 350,000 pounds, Dennis has proved beyond reasonable doubt that with hard work and serious dedication, anything a man dreams of becoming is absolutely possible.

Who are Emmanuel Dennis’s Parents?

Not very much is publicly known about Emmanuel Dennis’s biological parents because he likes to keep his family life private. There are speculations here and there that his father is a military man and he was raised in a military barrack. The Premier League striker was born into a family of four people – a father, a mother, and two beautiful children, with Dennis himself being the last child. He has a sibling called Popti who is now late. He died in 2020, just ten days before Christmas in a boat accident in Lagos State.

Where is He From?

Dennis was born and brought up in Yola, Adamawa State to be precise. Yola also happens to be his father and mother’s hometown. It was on the streets of this town that he learned how to play football. Besides his excessive love for playing street soccer as a child, Emmanuel Dennis never nursed the ambition or had any big dream to play football at a professional level. As a talented young kid raised in the ghetto street of Yola town by a struggling family, Dennis was only playing street soccer for fun with his peers. Playing football wasn’t his main interest. He instead wanted to become a Catholic priest.

Because of this, his parents enrolled him in a school to prepare him for the seminary. He also focused all his attention on his studies. Playing football on the street became like a second hobby for him. Later on, while still in school, he began to make impressive grades in his academics. This was what prompted Dennis to begin nursing the idea of pursuing a career in the medical field – he thought about becoming a Medical Doctor.

Destiny, as wise men say, would always find its owner no matter how far the owner runs away from it. Playing football was what destiny has assigned for Emmanuel Dennis despite the fact that he did not pay so much attention to it. His excellent performances prompted his parents to start considering how to enroll their son into a good football academy. But since Yola did not have a decent football academy, his parents moved him to the federal capital territory of Abuja in the year 2010 where he was given the opportunity to join Accademia di Abuja.

Read Also: Who are Michael Olise’s Parents and Is He Related to Sunday Oliseh?

All The Teams The Striker Has Played For

At the age of 19 in the year 2016, Emmanuel Dennis hit his first jackpot or should I say, football breakthrough. This was six years after his wise parents made the tough decision of enrolling their teenage child into a football academy in Abuja, a city far away from where they were residing.

By 2016, that bold decision paid off when Dennis signed his first professional football contract with Zorya Luhansk, a football club in the Ukrainian top flight. He played for the Ukrainian club for only one season (2016-2017 season) before moving to Belgium to join Brugge in a four-year deal worth 1.2 million Euros.

Emmanuel Dennis played for Brugge for four good seasons (2017-2020). In the early January of the year 2021,  he was sent out on loan to FC Koln, a German-based football club. He stayed with the team for five months and appeared in only nine games before he moved to the Premier League. In June 2021, Watford came calling and he was signed for a whopping 4 million pounds. The Nigerian forward put pen to paper on a five-year contract.

What is Emmanuel Dennis’ Salary?

Emmanuel Dennis began to earn huge wages following his move to Watford football club in England. He is reported to have an annual salary of around 2.4 Million Euros. This helped him to cement his millionaire status as he is now worth over 1 million pounds. Before his time in England, Dennis earned around 350,000 pounds per year with Brugge in Belgium.